Country music grew out of old-time music and blues traditions in the American South. While country music has seen enormous changes over the last eight decades, songs from its earliest period are still commonly found in the repertory of old-time and bluegrass musicians. 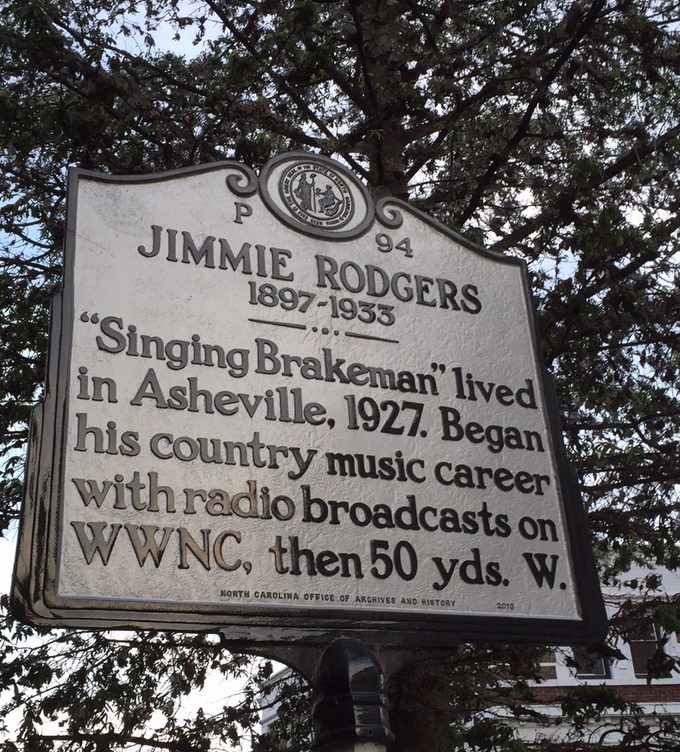 Some of the first steps in early days of country music were taken in the mountains of North Carolina. Ralph Peer, the most influential A&R (artist and repertoire) man of the 1920s, recognized the region’s talent when he held a recording session for OKeh Records at Asheville’s Vanderbilt Hotel in 1925. Two years later, Jimmie Rodgers, arguably country’s first superstar, was living in Asheville and made his radio debut over WWNC. Osey and Ernest Helton, Asheville-area brothers of Cherokee descent, were also featured on WWNC in 1927. Though the Carter Family were from across the state line in Virginia, their friend and musical collaborator Lesley Riddle, an African American guitarist born in Burnsville, NC, helped A. P. Carter collect many of the songs that would become country standards through the family’s influence in the ‘20s and ‘30s.

In the coming years, North Carolina mountain musicians would remain at the forefront of the emerging trends in country music. As the “brother duet” style gained popularity, Bill and Earl Bolick, known as the Blue Sky Boys, and the Callahan Brothers represented the region, as did Zeke and Wiley Morris. Zeke Morris also sang in a similar close harmony style with banjo player Wade Mainer in the band Mainer’s Mountaineers, led by Wade’s own brother J. E. Mainer.

Through radio, records, and growing mobility, mountain musicians also became well versed in some of country music’s other relatives, such as Western swing, Hawaiian guitar, and rock-and-roll. The era of what is now often referred to as “classic country” drew upon these influences, blending them with the earlier styles. Just like in the first generations, artists from the North Carolina mountains had a significant impact. 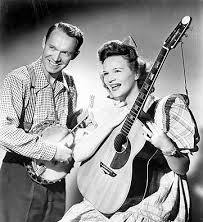 Myrtle Eleanor Cooper Wiseman of Boone, NC and Scott Wiseman of Spruce Pine, NC were better known as the duo Lulu Belle and Scotty. They became stars on the WLS National Barn Dance, broadcasting from Chicago in the 1930s and ‘40s, and over the course of their career won awards, appeared in movies, and wrote such hits as “Have I Told You Lately That I Love You?”

Franklin Delano “Del” Reeves was born in the musical town of Sparta, NC. From 1966 until 2002, he was a regular on the Grand Ole Opry. His best-known song, released in 1965, was “Girl on the Billboard,” which reached Number 1 on the Billboard charts. He recorded seven other top-ten hits, including “Good Time Charlie’s” and “Looking at the World Through a Windshield.”

Near Reeves’ hometown of Sparta, Mount Airy is the birthplace of Yvonne Vaughan, better known as Donna Fargo. Fargo wrote and recorded hit songs such as “The Happiest Girl in the Whole USA,” and hosted her own TV show in the 1970s.

Ronnie Milsap’s career in soul-infused country and rock and roll began during his musical childhood in the Smoky Mountains. The Robbinsville native has recorded 35 Number 1 Billboard hits, won seven Grammys, and received numerous “Male Vocalist of the Year” awards from the Country Music Association and the Academy of Country Music.

The music scene in the North Carolina hills continues to make significant contributions to country music. Chris Austin, for example, a native of Boone, NC, garnered multiple Grammy nominations and other industry awards. Austin was only 27 years old and had a promising country music career well underway when he and several other members of Reba McEntire’s band passed away in a plane crash in 1991.

MerleFest, held every April on the campus of Wilkes Community College, is one of the country’s largest roots music festivals. In addition to featuring performances by stars of country, bluegrass, and other traditional music, the festival hosts the annual Chris Austin Songwriting Contest, which highlights the creativity of emerging country songwriters.

Eric Church, a country singer-songwriter born and raised in Granite Falls, NC, burst onto the country music scene in 2005 and has since seen several number one albums and singles on the Billboard charts.