Of the musical traditions of the North Carolina mountains and foothills, those that have been here the longest are Cherokee song and instrumental music. Many Cherokee songs have ceremonial meaning, and accompany dances. For example, Cherokee tradition-bearers perform the Eagle Dance Song to bring cold weather, and the Ball Dance Song to bring good luck to athletes before a stickball match. Handmade drums, flutes, and rattles have been important instruments in ceremonial and sacred music for many generations, and are still played by Cherokee musicians today. These ancient instrumental traditions exist alongside more recently introduced instruments of European and African origin like the guitar, fiddle, and banjo. 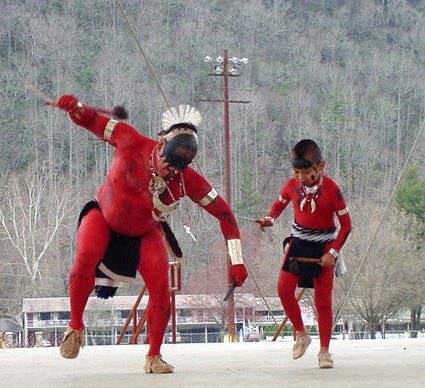 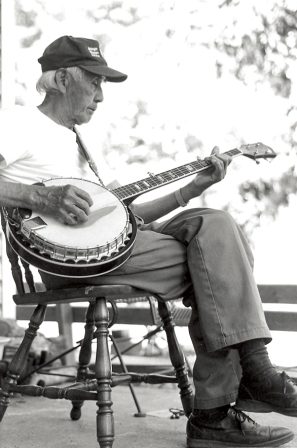 Walker Calhoun (c. 1919–2012), who received the National Heritage Fellowship from the National Endowment for the Arts in 1992, was one of the great preservers and teachers of Cherokee songs in modern times. A native speaker of the Cherokee language, he learned music and dances from his uncle, medicine man Will West Long (1870–1947), also a great scholar and interpreter of Cherokee culture, who had in turn learned the traditions from a generation of elders who were alive at the time of the Trail of Tears. The two men, both from the Big Cove area of the Qualla Boundary, played large roles in the preservation of heritage now carried on by such groups as the Warriors of AniKituhwa and individual artists such as Bo Taylor and Eddie Swimmer.

Musicians of Cherokee heritage have been prominent in the old-time music history of the North Carolina mountains, a heritage shared with white and black musicians. Walker Calhoun himself was an example, a fine banjo player whose father Morgan and brothers Lawrence, Henry, and Lawyer Calhoun also played. Legendary fiddler Manco Sneed (1885– 1975) had one Cherokee grandparent, and spent part of his life on the Qualla Boundary. Old-time string band musicians Osey and Ernest Helton, whose father was Cherokee, were part of the earliest wave of North Carolina mountain musicians to record commercially, making records for the Broadway and OKeh labels in 1924 and 1925.

Gospel music is an important part of Cherokee musical heritage as well. The Cherokee community of Snowbird in Graham County is an especially rich home of gospel music. The Welch Family Singers are leading musicians of the area, singing hymns and gospel songs in both English and Cherokee. The Snowbird community hosts annual gospel singings in May, at the Fading Voices Festival, and in July at the Trail of Tears Singing.

Visit the Down The Road on the Blue Ridge Music Trails Podcast Library to hear more about the Cherokee musical traditions and explore many bluegrass and old-time music stories, performers, and traditions across the mountain and foothills counties of Western North Carolina. 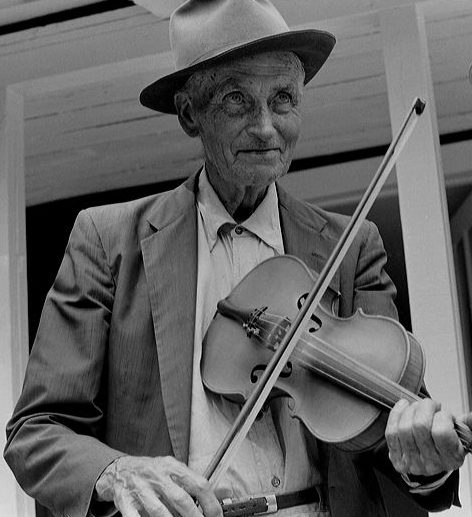