One of the oldest and most traditional kinds of sacred music in America, shaped-note singing has deep roots in the Blue Ridge Mountains.

Since the early 19th century, congregations and communities in the western part of the Carolinas have embraced shaped-note singing. Once widespread, this powerful musical tradition survives mainly in the South, including the North Carolina mountains.

Shaped-notes are a form of written music in which the notes of the scale are represented with triangles, squares, and other shapes. The method was developed to simplify the process of learning to read music. Throughout the 19th century and into the 20th, singing school teachers—itinerant shaped-note instructors—visited church congregations and small communities and taught singers to read the special notation. Hundreds of hymnals exist in shaped-note notation, but two have been especially popular through the generations: The Sacred Harp, first published in 1844, and Christian Harmony, published in 1867.

In this region, shaped-note singing had a powerful advocate in North Carolina Heritage Award winner Quay Smathers (1913 – 1997). The singing school teacher from Haywood County helped keep the tradition alive during the mid-20th century, when it was in danger of extinction. Nowadays, Neil Oliver and Clint Cornett perform a similar important service from their home base of Watauga County. Thanks to the efforts of such devoted stewards, North Carolina mountain communities are proudly carrying this generations-old heritage into the future. 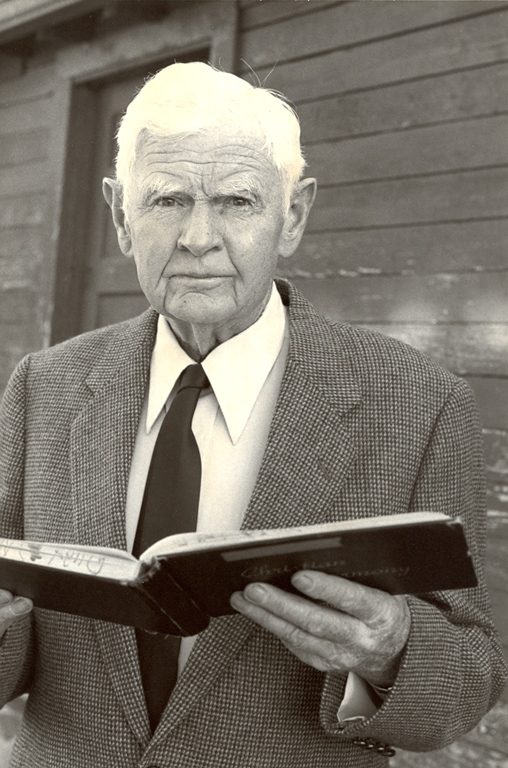 Taking part in a shaped-note singing is an experience like no other. Grouped according to vocal range in a square formation, facing the song leader in the center and singing a capella, singers create a powerful sonic exchange. Familiar hymns like “Amazing Grace” (called “New Britain” in the shaped-note tradition) and “Angel Band” sound fresh and at the same time ancient when sung in this form.

Opportunities abound to experience the music in the Blue Ridge and Smoky Mountains:

Some of the region’s major music festivals and camps also feature shape-note singing:

The singings at Etowah and Morning Star Methodist Church both include potluck meals, an occasion for hearty fellowship with new and veteran shape-note singers.

Visit the Down The Road on the Blue Ridge Music Trails Podcast Library to hear more about Shaped Note Singings and explore many bluegrass and old-time music stories, performers, and traditions across the mountain and foothills counties of Western North Carolina.