Steel guitar is one of those terms that—like country music—can mean different things, depending on the context.

In honky-tonk and other kinds of country music, you’ll often hear a table steel or pedal steel—freestanding electric stringed instruments—played with the steel guitar technique. 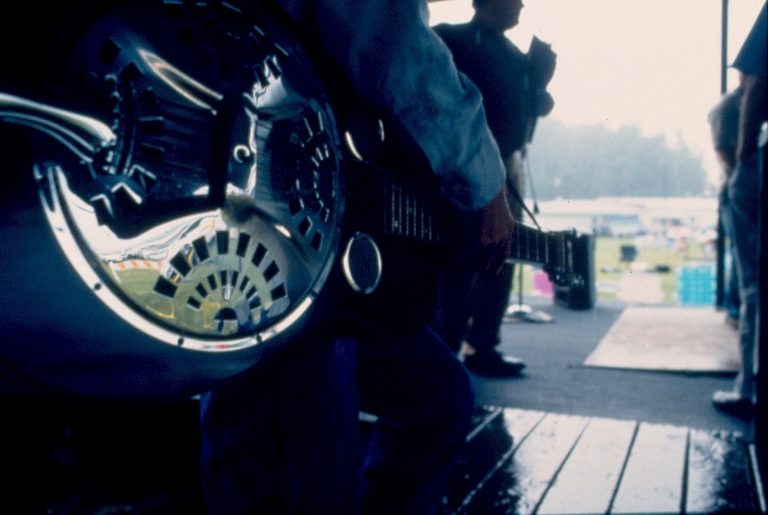 In bluegrass music, resonator-style lap steels are often generically referred to as dobros. Actually, Dobro® is the trademarked brand name of a specific kind of resonator guitar designed by John Dopyera. Not all “dobros” are Dobros.

In the South, steel guitar first came into vogue in the early 20th century, during a nationwide craze for Hawaiian music. Early country music stars like Kentuckian Cliff Carlisle popularized Hawaiian-style steel guitar playing, and the sound quickly became an integral part of much Southern music. Tennessean Josh Graves was especially influential in bringing the lap steel front and center in bluegrass.

Here in the Blue Ridge Mountains, Tut Taylor was known for his unusual technique on the Dobro, playing with a flat pick, rather than individual finger and thumb picks. Taylor won a Grammy, and recorded with bluegrass and country legends like Porter Wagoner and John Hartford. Other prominent steel guitar players in the region include Randy Pasley and Tony Reece—and others you can learn about by visiting the Blue Ridge National Heritage Area's Traditional Artist Directory and searching on “steel guitar.”