If you ask people who love old-time music to name some of their favorite musicians, it’s very likely that you’ll hear the names of artists from the North Carolina mountains and foothills. For generations, this region has been home to an incredibly rich tradition of old-time music. From the hearths of early mountain homes to today’s music festivals, it is a cherished part of the region’s heritage. 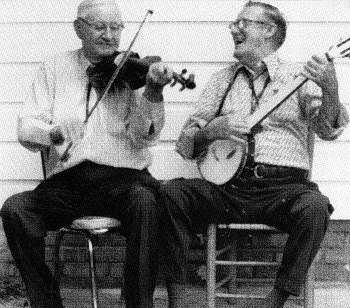 What is “old-time” music?

You will hear a variety of definitions, but at its heart old-time is the pre-bluegrass folk music of the Appalachian Mountains. The core instruments in an old-time string band are fiddle, banjo, and guitar. (Sometimes you’ll see other instruments too, such as mandolin, harmonica, or upright bass.) The music itself blends traditions brought to America by early European settlers and enslaved Africans. It has been passed down through the generations and enriched with elements of other styles, like the blues of black Southerners, sentimental 19th-century heart songs, and jaunty Tin Pan Alley numbers. Many of the best-known old-time tunes are instrumental favorites often played for dancing. Even if you’ve never been to a square dance, you’ve probably heard “Soldier’s Joy” or “Arkansas Traveler.” 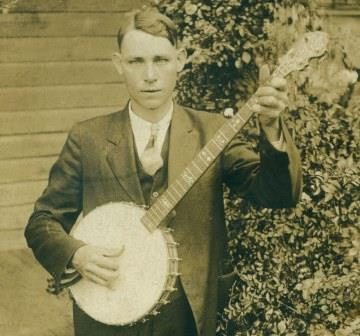 In the North Carolina mountains, old-time music dates back long before the invention of recorded sound. But it was during what many people consider the first “golden era” of old-time music—the 1920s and 1930s—that the region’s traditional musicians first gained national acclaim. From the mountains and hills of North Carolina came some of old-time music’s first stars: Bascom Lamar Lunsford, a banjo-playing balladeer from near Asheville; Piedmont millworker Charlie Poole, whose rakish good-time songs were some of the biggest hits of the era; and the Smoky Mountain duo of Samantha Bumgarner and Eva Davis, who were among country music’s very first female recording artists.

Old-time music reached its next peak in the 1960s and ‘70s. This era is usually called the old-time music “revival”—though that’s a bit of a misnomer, because, as any mountain musician will tell you, the music never died. It was simply overshadowed when bluegrass burst onto the scene. During the wider Folk Revival, young people, many from the urban Northeast, traveled to the South in search of authentic American folk music. They learned that North Carolina mountain families and communities still played the old tunes and songs. Field-recordings of Appalachian artists were issued on LPs, and a new pantheon of great North Carolina mountain musicians emerged.

The traditional music of the Round Peak area (between Mount Airy, North Carolina, and Galax, Virginia) became especially popular among old-time music fans. Surry County  fiddler and banjo player Tommy Jarrell gave a warm welcome to many young people who showed up on his doorstep from all over the world wanting to learn his powerfully rhythmic, bluesy style of music.

Today old-time music in Western North Carolina is stronger than ever. Hundreds of musicians in their teens and twenties have joined in the tradition. Festivals like the Mount Airy Bluegrass & Old-Time Fiddlers Convention, and Madison County’s Bluff Mountain Festival showcase the tradition. Even if you don’t visit during the summer festival season, you’ll still hear great old-time music. Just listen out for street performers in downtown Asheville, or visit one of the region’s many weekly jam sessions or tune in to one of the local radio stations that play old-time music, like Mount Airy’s WPAQ 740AM. 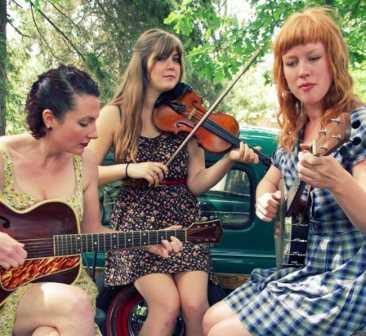 You can even become part of the tradition yourself. Superb instruction in old-time music is available at the annual Swannanoa Gathering, Mars Hill University’s Old-Time Week, and throughout the year at the John C. Campbell Folk School.

Throughout this website you’ll find great ideas for making old-time music part of your visit to the North Carolina mountains.

Visit the Down The Road on the Blue Ridge Music Trails Podcast Library to hear more about old time music and explore many bluegrass and old-time music stories, performers, and traditions across the mountain and foothills counties of Western North Carolina.