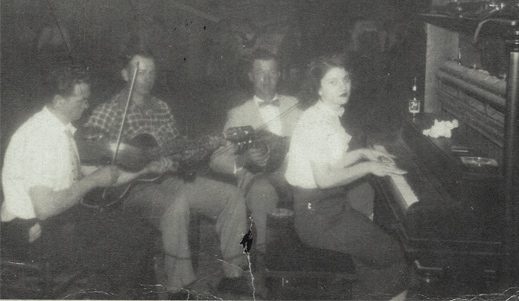 When most people think about mountain music, the piano is probably not one of the first instruments that come to mind. Unlike in New England and parts of the Midwest, the Appalachian Mountains don’t have a strong tradition of piano backing up the fiddle in music played for dances. Its size is a factor too, of course; a young musician on the move in the 19th or early 20th century, in the days before electric keyboards, could hardly sling a piano on his back like he could a banjo, or carry one in a flour sack like a fiddle.

All the same, the piano has a place in mountain music. Some families who had the financial means, and space in their homes, purchased pump organs or pianos. These instruments are often mentioned when mountain residents talk about the music that their grandparents or great-grandparents played. Al Hopkins (1889–1932), an early string band leader born in Watauga County, North Carolina, grew up in a family that enjoyed keyboard music, and his own piano playing appeared on some of the records by his bands the Hill Billies and the Buckle Busters. Influential early East Tennessee fiddlers Allen Sisson and Am Stuart also recorded with piano players (though in Sisson’s case, and possibly Stuart’s, the pianist was a studio musician provided by the record label, rather than a regular playing partner).

Many rural Southerners in earlier generations would have been exposed to keyboard music at church. The piano’s centrality in church music served to strengthen the instrument’s role in different kinds of country music, so often closely allied to gospel styles.

The rhythmic pattern of boogie-woogie piano also influenced bluegrass and other kinds of country music in the 1940s and ‘50s, when that style was at its peak popularity in blues and R&B. It translated well to some of the standard bluegrass instrumentation, particularly the three-finger Scruggs-style roll on the banjo. Boogie beats’ prominence in the pop music of the day also helped the piano remain a relevant part of country music. Pianists Moon Mullican, a Texan, and Jerry Lee Lewis and Floyd Cramer, both native sons of Louisiana, had boogie-inflected styles that caught the fancy of country music listeners nationwide. 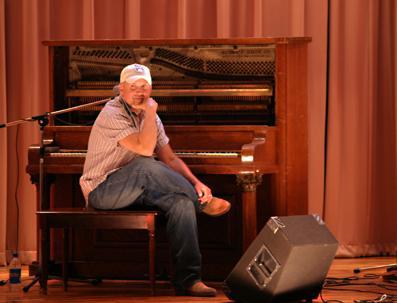 In the mountains of North Carolina, the traditional music scene still includes pianists to this day. Christine Horton of Ferguson in Wilkes County learned to play the piano as a child by watching her mother. Lloyd Church, from nearby Wilkesboro, is also a highly regarded pianist, who plays country and gospel music. Jeff Little, who grew up in Boone, plays an intricate style that, like flat-picked guitar, is especially well suited to playing old-time fiddle tunes. Like so many great North Carolina mountain musicians, they play music that is both deeply traditional and highly creative.