Blues—a body of traditional African American music that forms the bedrock of much of American popular music—is an important part of the cultural fabric of Appalachia, as it is in the regions of the lowland South with which it is more readily associated. North Carolina’s foothills are a stronghold of the Southeastern style of guitar playing known as Piedmont blues. In particular, the musicians of Burke, Caldwell, and Catawba counties have left their marks, and continue to define, the Piedmont blues. 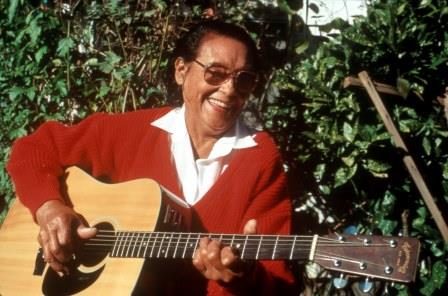 Blues music, very much a living tradition, is also an essential ingredient in the history of country music. Through his friendship with Lesley Riddle, an African American musician born in Burnsville in 1905, A. P. Carter was exposed to blues sounds that would enrich the repertoire of the legendary Carter Family. Countless other white musicians in the early days of country music incorporated blues songs and styles into their own playing; Tennesseean Sam McGee and West Virginian Frank Hutchinson, both guitarists, are leading examples. The strength of that influence can still be heard in old-time and bluegrass music today. For example, in just about any bluegrass song, you’ll hear flatted “blue notes,” a powerful contribution of African American blues deeply woven into the bluegrass style.

Visit the Down The Road on the Blue Ridge Music Trails Podcast Library to hear more about the Picking the Blue Ridge Blues and explore many bluegrass and old-time music stories, performers, and traditions across the mountain and foothills counties of Western North Carolina.