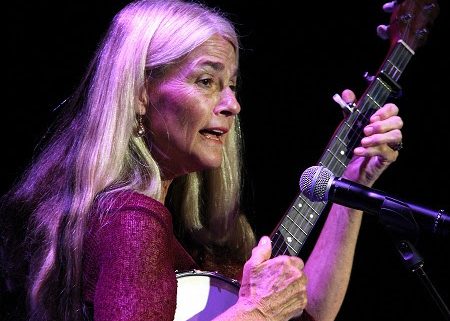 Filmmaker and visual artist Tom Hansell, in collaboration with local river protectors, has spent the last two years salvaging river trash and creating works of art from the refuse collected.

His work with The Watauga Riverkeeper, an essential protector of the Watauga River Watershed, began with the collection of plastic bags and other detritus from a passive stormwater debris collector nicknamed the Trash Trout and culminated in a series of participatory workshops: more than fifty local residents taped trash from the river to 16mm film strips. Similarly, Hansell worked with the New River Conservancy on river cleanups, then transformed reclaimed plastic bags into sculptures. The resulting film and sculptural works are currently displayed alongside images documenting microplastic pollution in local waterways in BRAHM’s Alexander Community Gallery.  To close the exhibit, BRAHM will host a performance of the Trash Trout Motion Picture Show featuring local musicians and dancers, Trevor McKenzie and Julie Shepherd-Powell, who will perform a live soundtrack as the film is projected.

Hors d’oeuvres and a wine bar will be provided. We look forward to sharing the dynamic work on display with you

Join us for a special Winterfest Square Dance! The dance will take place in the Wilson Education Center at BRAHM. If you have never square danced before or are a little rusty there will be instruction from 6 pm – 6:30 pm. Then the dance will kick off at 6:30 and last until about 8 pm.

Admission to the dance is free. Donations for the band are encouraged.

Seventh-generation ballad singer, storyteller, and musician, Sheila Kay Adams will perform pieces from across her repertoire spanning oceans and generations. This event is guaranteed to be fun and engaging for the whole family. A seventh-generation ballad singer, storyteller, and musician, Sheila Kay Adams was born and raised in the Sodom Laurel community of Madison
County, North Carolina, an area renowned for its unbroken tradition of unaccompanied ballad singing that dates back to the early Scots/Irish and English settlers in the mid-17th century. She learned to sing from her great-aunt Dellie Chandler Norton and other notable singers in the community, such as Dillard Chandler and the Wallin family. In addition to ballad singing, she is an accomplished clawhammer-style banjo player and storyteller. In September, 2013, Adams received the nation’s highest honor in the folk and traditional arts – the National Endowment for the Arts National Heritage Fellowship Award which recognizes folk and traditional artists for their artistic excellence and efforts to conserve America’s culture for future generations. In a letter in support of her nomination, George Holt, director of performing arts and film studies at the North Carolina Museum of Art wrote, “Sheila Kay Adams is the key figure in carrying forward to this day the tradition of unaccompanied ballad singing that has enriched her community for more than two centuries, promoting its beauty throughout our country and beyond, and insuring that it will be perpetuated by younger generations of singers well into the 21st century.”

The backup date for this event will be March 11th at 3pm. Sponsored by: The Center for Appalachian Studies at Appalachian State University and Joe Shannon’s Mountain Home Music

This event is free but pre-registration is encouraged as they are limited to 90 seats.

Thursday, March 9th, 2023 – Deciphering Doc Watson, 11:00 am – 12:00 pm – In this talk, we will explore Doc’s life, influences, style, and look at his legacy. This lecture will be a mix of music, film, family stories, and ethnomusicology. Willard Watson III is originally from Fayetteville, North Carolina, Willard moved to Boone in 2008, but his roots run deep in Watauga County. His great-grandfather and namesake, Willard Watson sr., was a well-known toy carver, moonshiner, and dancer. Willard has a Masters in Appalachian Studies with a concentration in Sustainability and a Bachelor of Science in Sustainable Development both from Appalachian State University. Willard’s academic and volunteer passions intersect on the topic of cultural preservation and community development through the creative arts. From 2010-2014 he was an organizer of the Doc & Rosa Lee Watson MusicFest ‘n Sugar Grove. During his tenure at the MusicFest Willard was able to develop a relationship with Doc & Rosa Lee and spend time with them until their passing in 2012.