You are here: Home1 / Events2 / Close to Home Radio Broadcast3 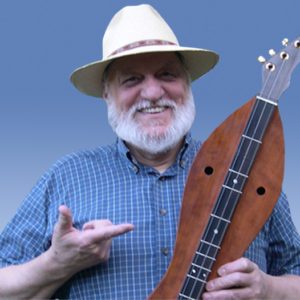 Don Pedi’s music sounds with a clear melody and a pureness of spirit. It surpasses the boundaries of musical style, unfolding a timeless expression of human creativity. For over thirty years Don has amazed and delighted audiences with his unique “Fiddle-Pick” style of playing the dulcimer. Drawing on decades of association with many of the best musicians in the southern mountains, as well as his deep commitment to preserving the old music, Don carries on the tradition in an exiting and innovative fashion unrivaled on the Mountain Dulcimer. Rhythm and melody match the fiddles, up to speed, note for note, creating an ancient sound that strikes a chord with the most modern listener.

Don won first place in the first contest he ever entered at the 1974 Fiddler’s Grove Festival, in Union Grove, North Carolina. Before retiring from festival competitions in 1982, he had won over thirty first place trophies and awards.

Don Pedi has performed with a great many musical legends. He currently performs solo, as a duo with Bruce Greene or in a group with Bruce. In 2003 Don represented Appalachia at the Smithsonian Folklife Festival on the National Mall in Washington, D.C. Don and his music appear in the motion pictures: “Songcatcher” and “The Journey of August King.”

Music & Dance at The Stompin’ Ground
Scroll to top