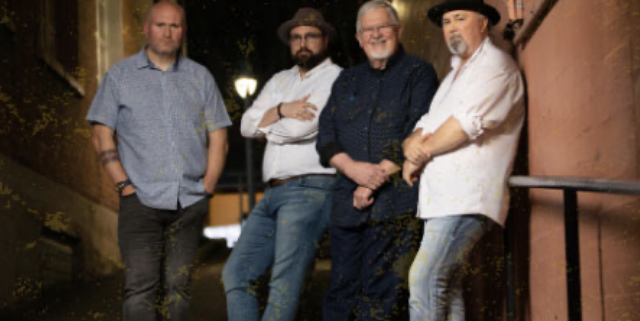 Darren Nicholson and Marc Pruett of Balsam Range with Audie Blaylock and Reed Jones of Redline will be ‘Spreading the Good Word of Bluegrass’ during this special performance hosted by Mountain Home Music and Ashe County Arts Council. They may be just playing around and having fun between tours but these four have been raising the roofs under the banner of the Bluegrass Allstars.

And it’s no wonder –together they have more awards, honors, and degrees than you can shake a stick at. The combined talent and experience of these musicians is a force to be reckoned with and you don’t want to miss this opportunity to see them on our small stage. It’s sure to be an evening to remember.

Wednesday Open Mic at the Reeves